It is not a mystery. Everyone knows there is tension between family life and work. They are both important aspects of life, and both also impact one another directly. It’s like trying to look at your left and your right at the same time. If you say yes to family, you are in a way saying no to some areas of your career; and vice-versa.

Studies have shown that family life generally has negative effects on work. Based on surveys, working parents say their careers are either being slowed down or worse, interrupted because of their responsibilities at home. Children are considered to be the biggest roadblock to career advancement.

Read on to learn how family life can impact your work. This post contains research data from trusted sources to give you an objective outlook on this matter. Overall, this article serves as informational material only. It does not, by any means, intend to give any professional advice.

I gathered some data, so we can have a more tangible idea about the effects of family on work. Here are the results of the study conducted by the Pew Research Center on this matter.

Both family and work-life require time and involvement. Since no human can be in two places at the same time, this would cause irreconcilable pressure between them — also known as work-family conflict. Here is a report by the European Agency for Safety and Health at Work about the prevalence of work-family conflict in the EU; which is also seen in the whole world:

Most people try to resolve this matter through what is called work-life balance. But many have seen the inefficiency of this approach, thus they opt for a “smarter” tactic: staying unmarried, or marrying later in life. According to an article by the Pew Research Center, only 30% of Millennials have a family of their own — that is, living with a spouse and a child. This makes them the least likely to have a family before the age of 40 compared to the previous generations:

Business Insider said millennials tend to marry later because they take their time to get to know their partner, grow their assets, and give priority to becoming financially successful.

Is it ok not to marry?

It is fine to remain unmarried if that is what you desire. Many people enjoy their singleness. What is not okay, however, is when you choose not to have a family due to purely economic reasons. While many deem family life as a hindrance to their careers, study shows it actually complements wealth building.

It’s only practical for people to consider the financial aspect of their decisions, a lecturer at Bentley University says.

“The economy shapes the choices people make about whether or not to get married. During the Depression many people didn’t get married or postponed marriage because it was not financially viable and there weren’t enough men who had the money to feel like they could provide for a family.”

We have already seen how family life can slow down your career. But here is the plot twist. It also has the potential to boost you financially. Below is a statement by Bentley’s senior lecturer in law and taxation, Steve Weisman:

“To me, there are so many things that encourage people to marry for financial reasons… from social security to income taxes, married couples benefit economically.”

Thomas J. Stanley (1944 – 2015) spent most of his career studying millionaires. In his book, The Millionaire Mind, he presented a demographic sketch of what the rich look like. This is based on the average results he collected from surveying approximately a thousand self-made millionaires. There’s a lot, so I will only list down what applies in the context of family life:

What do you think? In essence, the premise of the survey about marriage and financial success is that you have to choose your spouse wisely. Two heads are always better than one. More than love and physical attraction, having a spouse who is frugal and has good business sense will have a healthy impact on your career.

Let me wrap this up with an excerpt from an article in the Boston Globe:

It’s not only the legal benefits of marriage — such as better tax treatment, visitation rights, and inheritance. Marriage is also a shield against poverty; the married are economically more secure (even when it comes to divorce). Then too — and of great consequence — children thrive better when raised in stable households.

There are always two sides to a coin. How can we connect the two seemingly contradicting studies about the impact of family life on work? Here is my key takeaway:

I've been a SpreadSimple user since April 2021. In this post I'll share with you the pros and cons of my experience with it thus far. I hope this will help you see whether SpreadSimple is the right...

I've tried many e-commerce platforms like Shopify, Wix, WooCommerce, and Ecwid. But in the end, I decided to go with SpreadSimple - and I couldn't be happier with my choice. Since you're here, I...

I'm Jed and I have been a stay-at-home dad since 2017. I closed all my brick-and-mortar businesses and moved everything online. I chose this path, so I could support my family and be physically present for them. This blog is about helping fellow dads be more involved in the lives of their children.

The Learning Dad Blog is owned and operated by Jed Chan. It participates in affiliate programs with ShareASale, Rakuten, Impact, Income School, and other sites. This allows it to make money from your purchases at no extra cost to you. 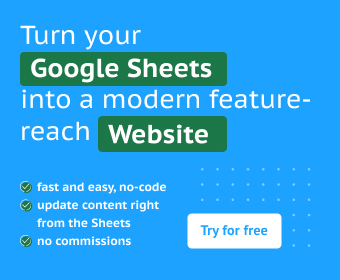